Why progress towards establishing the EAC Monetary Union has been slow 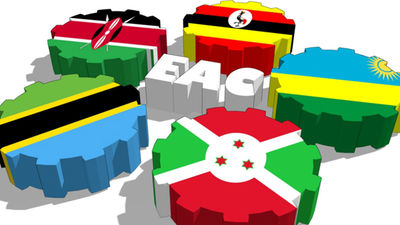 The signing of the Protocol establishing the East African Monetary Union (EAMU) on 30 November 2013 created great hopes for the East African Community (EAC). It also signaled the willingness of member states to do more to deepen regional integration by creating a single currency area in 2024. The EAMU is expected to promote and maintain financial stability aimed at facilitating economic integration for sustainable growth and development.

Pursuing and realising this aspiration means that the EAC would be fundamentally different in several ways. First, the bloc would have a single monetary policy and a single central bank (central banking system) which would boost trade, competition and efficiency through reductions in the transaction costs. Second, efforts to find solutions to the concerns about the adverse effects of joining the EAMU would have to be found more cooperatively. Third, it would be a fundamental step toward establishing the political federation.

However, achieving this fundamental aspiration means that the Partner States (Burundi, Kenya, Rwanda, South Sudan, Tanzania and Uganda) must meet crucial prerequisites. First, fully implement the Protocols establishing the EAC Customs Union and Common Market. Second, phase out any outstanding national central bank lending to the government and public entities. Third, attain the macroeconomic convergence criteria by 2021 and maintain the criteria for at least three successive years. These criteria include (i) headline inflation of 8%, (ii) fiscal deficit (including grants) of 3% of gross domestic product, (iii) reserve cover of 4.5 months of imports and (iv) gross public debt of 50% of GDP in net present value terms. Fourth, harmonise and coordinate fiscal, monetary and exchange rate policies. Unless these are met and maintained in the future, the formation of the EAMU and a stronger EAC will remain uncertain and incomplete, respectively.

Unfortunately, seven years on and overall progress towards meeting some essential prerequisites has been slow at best and non-existent at worst. With hindsight, this could be attributed to (i) increasing distrust among member states, (ii) political and trade tensions between countries, (iii) selective implementation of the Customs Union and Common Market Protocols, (iv)critical information asymmetries, (v) existing technical and institutional weaknesses and (vi) preoccupation with national politics. Regrettably, provisions for addressing some challenges are either non-existent or not followed where they exist. In addition, the EAC may be ill equipped (technically and financially) to pragmatically and speedily deal with such rattles. Consequently, if these challenges remain unaddressed, support for the EAMU is likely to fade, an undercurrent that could undermine confidence in EAC governments’ ability to implement regional commitments.

Looking ahead, partner states must diligently pursue the purpose of establishing the EAMU because so little is done yet there is so much to do. First, whereas the pandemic has increased uncertainty, it also offers new possibilities such as (i) revising the Protocol establishing the EAMU to reflect the current challenges and opportunities and (ii) setting new realistic timelines. Second, building solidarity, trust and confidence in the realisation of the EAMU is critical amidst the internal and external challenges that are either noticeable or lurking in the dark. Third, Partner States need to progressively take a pragmatic approach to translate aspirations into action and speedily address the existing technical, institutional and political challenges in the East African Community.