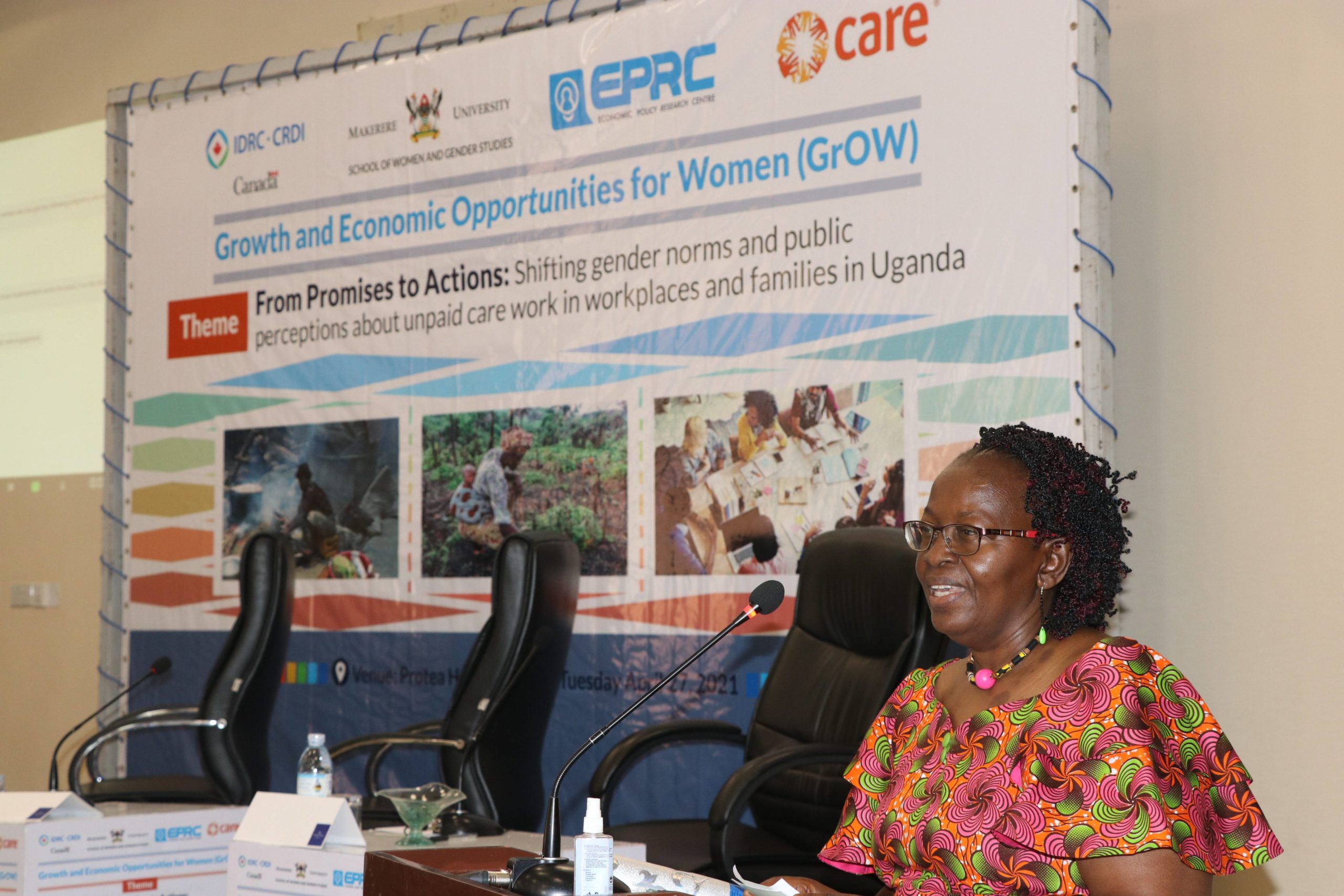 At the official launch of the project this week at Protea hotel in Kampala, Prof Grace Bantebya-Kyomuhendo, from the School of Women and Gender Studies, said the “the project is carefully crafted and will build on existing models like the care power model.”

The project is titled, From Promises to Actions: shifting gender norms and public perceptions about unpaid care work in workplaces and families in Uganda, and will run for three years.

Prof Kyomuhendo said the key focus of the project will be to establish the mechanism for changing the gender and social norms and the public perceptions and the attitudes that are related to unpaid care work.

“The norms that have been normalized like ‘in our culture, it is women who cook, bathing a baby is a woman’s place’,” Prof Kyomuhendo said. “We’ll use implementation plan and action-oriented design to inform policy and action to build a better and equitable world.”

She outlined key stakeholders to include, Government of Uganda, religious institutions, the private sector, the civil society, cultural leaders, and the media as central to ensure the uptake of evidence and scalability of work we planned for is used.

Sheikh Muhammad Ali Waiswa, the 2nd Deputy Mufti of Uganda, equated society to a bird that for it to fly, it must have two wings. “Women and men are two wings of the bird. They ought to complement each other or fly together,” he said.

“It’s also emphasized n religious teachings, those who complement each other will earn meaningful lives. We can forge a forum for a dialogue about the responsibility of women and their contribution to the society,” he said, stressing the urgency to address unpaid care work disproportionately done by women.

Margaret Kakande, the head of the Budget Monitoring Unit (BAMAU) at the Ministry of Finance, said one of the things done in budgeting is to identify the issues and unpaid care work is an issue.

She however wondered whether “the institutions receiving budget were able to identify unpaid care work as an issue”.

“Do people in water and environment realize there are many people out there spending so much time fetching water [instead of doing other things]”?

She said a number of local governments coming up with markets and including spaces for child care but are they adequate?

“The challenge to us is actually to discern and understand the issue of unpaid care work,” Kakande said.

The project is funded by the International Development Research Organisation, Canada (IDRC).