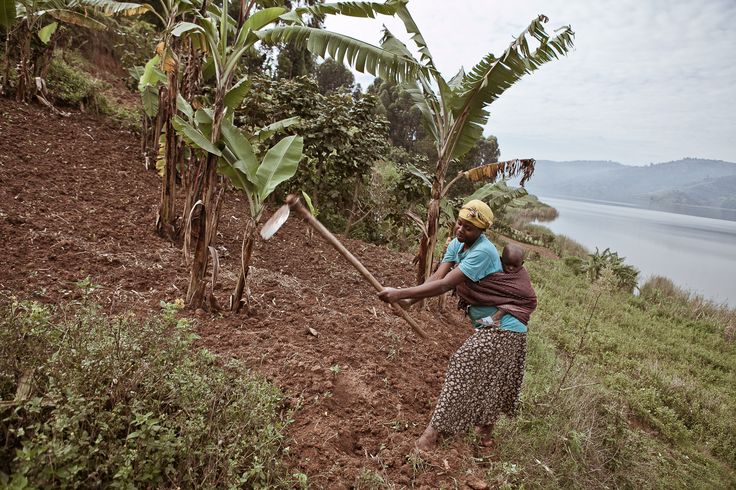 That women and girls in Uganda are over-burdened with unpaid care work is not shocking news anymore. That the norms, behaviour, and societal sanctions that continue to perpetuate the status quo are still held high in our communities’ everyday life begs a question: is anyone paying attention?

A consortium of organisations –Makerere University School of Women and Gender Studies, Economic Policy Research Centre and Care International Uganda – are carrying out a three-year study with intentions to push for recognition, redistribution, reduction and representation of unpaid care work (UCW). Under the Growth and Economic Opportunities for Women (GrOW) East Africa initiative, the study is jointly funded by the International Development Research Centre (IDRC), the Bill & Melinda Gates Foundation and Hewlett foundation

From the preliminary findings, the picture is not rosy. Women in Uganda still spend as much as 6 hours daily doing unpaid care work while men spent much of their time – more than 7 hours — doing paid work.

In some communities observed, this arrangement is so entrenched that serious sanctions are placed on either boys or men who enter the kitchen – predominantly ‘a place’ for girls or women. Women are also expected to cook, clean the homestead, care for elderly and children and care for the sick. Often, this is not regarded as work and perhaps explains why little attention is paid on the impact such burden has had on women’s lives.

“Just imagine finding your father with a mingling stick cooking “kalo” [local millet bread], it is very funny! It doesn’t make sense. That is what we have grown up seeing and were made to believe that some work is meant for girls. However, if need arises, a man can do it,” one participant in our study said, exemplifying how entrenched the belief that care work is only meant for women.

Men who attempt to share domestic work with their wives are labelled “bewitched” and “weak” as society expects them to be in income generating activities outside the home.

The enablers of these beliefs are sometimes important people in our communities: religious and political leaders, opinion leaders – mostly held in high esteem and considered to be people with good morals and judgment.

Parents and relatives have also socialized young people into the respective roles and reward adherence to these roles accordingly.

Yet lesser talked about are the negative implications of the burden of unpaid care work. For instance, women reported fatigue and concern for injuries in future. These come as a result of trekking long distances to fetch water and firewood, bending long hours while digging, house cleaning, cooking, and often with a child at the back.

So, what needs to be done?

Unpaid care work burden on women should be everyone’s concern as it is a policy issue. At the community level, respondents have indicated that sensitization and awareness about the issue will be important in redistributing UCW instead of relegating it to just the women and girls.

This would also mean that men who come out to help their wives are not sanctioned and labelled “the bewitched lot”. This will require everyone’s effort – from local leaders to government, NGOs, parents, children and school leaderships. In churches, community meetings and burials, the issue should be talked about enough. Communities should raise children that are not socialized to gender roles.

At the policy and government level, improved access to services such as water, electricity and energy saving stoves can lessen the burden on women. This means women won’t have to trek long distances daily to fetch water and firewood. Government budget processes should have in mind sectors and areas that affect women’s lives most. It has to spend more resources on setting up community bore holes and extending affordable piped water in communities where accessibility has been poor.  This will lessen the strain on women’s health interns of fatigue and at times injuries.

It is also important that in places where most women work like markets have such amenities as child care sections.

Care work is important and it is a thread that facilitates our lives at home and work. We must recognize it as work, and push interventions to redistribute and lessen overburdening one group over the other.

The blog was written with guidance from Prof. Grace Kyomuhendo-Bantebya.