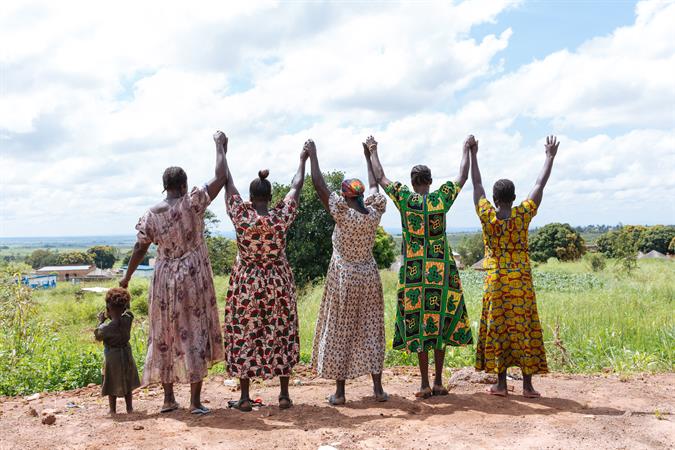 Uganda continues to grapple with worsening food security despite several attempts to remedy the same.

A household is believed to be food secure when all household members have physical, social and economic access to sufficient, safe and nutritious food at all times that meets their dietary needs and food preferences for an active and healthy life.

According to the World Food Programme Hunger Map, as of May 2022, 16.4 million people of 42.7 million Ugandans face insufficient food consumption. This represents an increase of 2.29 million food insecure persons since February 2022. The same map indicates that 3.5 percent and 28.9 percent of children under 5 years face acute and chronic malnutrition respectively.

Although the prevailing food insecurity is attributed to a number of factors, among them drought, land tenure insecurity stands out considering that land is the most important factor for agricultural production in Uganda. Land tenure security is critical for poor people especially those living in rural areas, who depend on agriculture for their livelihood.

Over 75 percent of the total population live in rural areas, and the Covid-19 pandemic has pushed a bulk to their villages as agriculture became their fallback position. Notably, the majority of women are employed in agriculture as primary producers, yet they are the most land tenure insecure. Women often possess land user rights but not ownership rights.

Different efforts have been taken to empower women through programmes such as the Uganda Women Empowerment Programme and the 2016 Gender Strategy for National Land Policy Implementation, which proposed to realize secure rights to land for women and girls, so as to improve food security. Despite these endeavors, a recent study by the Economic Policy Research Centre shows that women are still more land tenure insecure compared to men.

Women rarely inherit land, yet close to 70 percent of all new land in Uganda is acquired through inheritance or received as a gift. The study further highlights that 8 percent of female-headed households are concerned that in future someone will dispute their ownership of land compared to only 6 percent for male-headed households.

This underscores the land tenure insecurity among women and girls. The same study found that land certification among women is still very low and only 17 percent of female-headed households have either a certificate of title, a certificate of customary ownership, or a certificate of occupancy.  Furthermore, women often rely on conjugal co-ownership of land, which is only applicable as long as the couple stays married. Therefore, events like the death of a husband may exacerbate land insecurity which eventually worsens household food insecurity. It is therefore very critical to ensure that women who are the biggest contributors to household food security, have secure land ownership rights beyond mere user rights.

This can be done by implementing a couple of actions among other endeavours: Firstly, special focus should be put on traditional land rights and the interpretation of customary land tenure for women. For instance, women and girls should equally inherit and own land as it is the case with men and boys. There is a need to fast-track the implementation of the national land policy strategic action of modifying the rules of transmission of land rights under customary land tenure to guarantee gender equality and equity.

Secondly, land certification costs for women need to be subsidized or waived. There is a need to ensure that they formally certify their ownership rights. Secure land ownership rights for women will promote household adoption of agricultural productivity-enhancing practices, which will boost production and enhance food security.