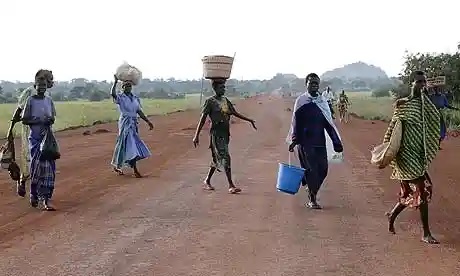 As Uganda joins the rest of the world to celebrate the 2022 International Women’s Day under the theme “Gender equality today for sustainable tomorrow“, there is need to look into political representation of women at the local government level.

Uganda under SDG 5 committed to promoting and guaranteeing women equal opportunities for leadership at all levels of decision-making. Specifically, indicator 5.5.1(b) recognizes the need for gender balance in political decision making in LGs. Uganda has made some significant strides with the percentage increase in seats held by women from 44% in 2011 to 46% in 2016. Women are, however, grossly underrepresented in the top most position (district Chairperson), which wields great influence on decisions that affect grassroot women. District Chairpersons preside at meetings of the executive committee and play a critical role in decision making.

The percentage of district chairpersons who are women has remained miserably low (> 1%). This inequality in occupancy of high-level offices means that women may not significantly contribute to decision making in LGs. Women also account for just one percent (1%) of the total seats openly contested (district chairpersons, district/ city directly elected councillors, municipality/ city division chairpersons, municipality directly elected councillors), a sign that women are not yet able to compete favourably with men.

One particular elective position dominated by women (73.5%) is Secretary for Finance, suggesting that women are generally trusted as handlers of public finances and could be leveraged on to handle finances for development projects.

At the parish level, women account for about 30 percent of the total membership of parish councils which is below the mandatory one-third of the membership of each LG council as provided for in the Constitution of the Republic of Uganda. With the advent of the Parish Development Model (PDM), where parishes are the lowest planning, administrative and operational unit for service delivery and poverty alleviation in LGs, issues affecting women are likely to be left out in decision making and eventual allocation of resources. Therefore, positioning women in parish councils becomes vital in ensuring that gender equality concerns are adequately mainstreamed in development projects.

There are more pronounced gender imbalances at the LC/village level with about only three percent (3%) of the elected LCI chairpersons being women. This means more interventions are desirable to increase the participation of women in politics right from the lowest to the highest LG levels.

The most frequently cited reasons for the low participation of women in politics are: refusal by husbands for their wives to participate in politics with the belief that they may become disrespectful; fear of competing with men for directly elected positions; women underrate themselves and shy away from participating in politics; and the social belief that men are better leaders than women.

To attain equal political representation and ensure that women benefit from local government programmes, there is need to design and support a mentorship program that builds women’s confidence and interest in politics. The program should help women understand that holding a political post is a call to community service and does not compromise domestic relations

The writer is a research analyst at EPRC, Makerere University.

This article was published in New Vision on March 8, 2022: https://www.monitor.co.ug/uganda/oped/commentary/position-women-in-local-govt-politics-to-address-gender-equality-concerns-3740932