Which Sectors Can Be Large Scale Job Creators for Uganda? 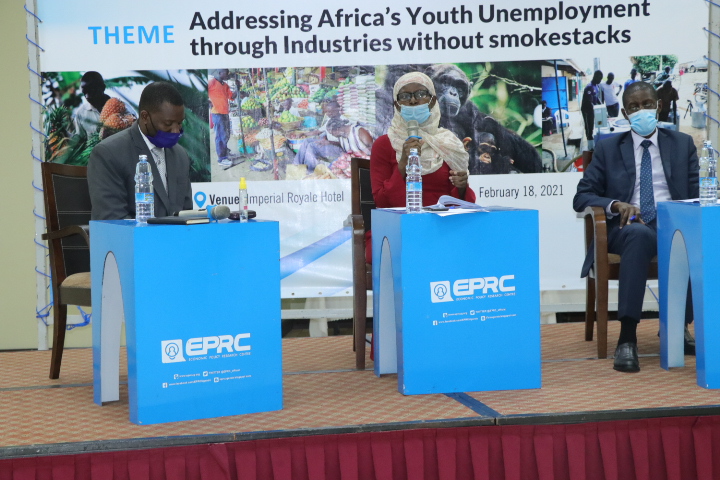 With more young people entering the job market every year, Uganda’s quest to get them gainful employment remains the unanswered hurdle.

But a study by the researchers at the Economic Policy Research Centre and the International Growth Centre (IGC) has identified key sectors that require relatively low skills but are large scale job creators and can absorb tens of young people. These include Agro-processing, horticulture, and tourism.

Classified under the tag, industries without smokestacks (IWOSS), can be defined as those whose goods are tradable, have high value-added per worker relative to average economy-wide productivity, as well as exhibit capacity for technological change and productivity growth. Most importantly, they can absorb large numbers of moderately skilled labour. These sectors are:

According to the study analysis, agro-processing is remains one of the most dominant activities in Uganda’s manufacturing sector, accounting for 60 percent of the total output of the manufacturing sector. The demand for high-value products in the regional markets means there is room for increasing both export volume and the base of agro-products. Such sub-sectors as food processing, tobacco, sawmilling, paper and printing performance have a high impact on the annual growth rate of manufacturing. This places agro-processing as a key player in employment and livelihood for most Ugandans, and the youths in particular.

Tourism is a labour-intensive industry and already employs 264,000 people directly and an additional 403,220 indirectly. This accounts for 6.7 percent of total national employment. Women and youth (18-30 years) constitute the highest proportion of the employed in the sector, which offers a range of low and medium-skilled jobs for such categories. This is of particular interest to a country like Uganda which is grappling with high unemployment of youth and women, as demonstrated in the previous section.

There has been a tremendous increase in the number of people employed in floriculture from 4,000 workers in 2001 to over 9,000 in 2019, mostly rural, workers. The majority of workers employed by the flower farms are unskilled and women account for up to 70 percent with an estimated 60,000 individuals benefitting directly or indirectly

The other side of horticulture, the fruits and vegetables, is one of the fastest growing sub-sectors in the country. Uganda is currently the second largest producer in sub-Saharan Africa after Nigeria, producing an average of 5.3 million tons of fruits and vegetables. Exports were 5.2 percent of total exports and earned the country $150 million in 2018. Fruits and vegetables include citrus, pawpaw, mangoes, pineapples, tomatoes, okra, carrots, pepper, cabbages, bananas, and a variety of other indigenous vegetables. Cultivation of vegetables and fruits is substantially more labour intensive and can sack up tens of those seeking employment.

With the Uganda population forecast to reach 50.7 million in 2028, the need for jobs more urgent than ever.

“This rapid population growth implies that the working age group (and hence the labour force) will expand considerably as well,” the study notes.

Medard Kakuru, a research analyst at EPRC, said sectors that are labour intensive had promise to absorb many seeking jobs if support – and provide an alternative to manufacturing. The beauty with these sectors, he noted, is that they still demand for the moderately skilled people which means many Ugandans seeking work can find opportunities there. At least 600, 000 people enter Uganda’s job market annually.

Dr. Madina Guloba, a senior research fellow at EPRC, said if government looks at jobs absorption, it can look at the forward and backward linkages in the IWOSS sectors. Other sectors that government can take seriously are the ICT-based services—and transport and logistics.

Also, there must be increase in testing capacities in the country allowing producers to verify that products are safe for human consumption. Infrastructure, mostly roads, to support the tourism sector is also key, the study says.

Martin Wandera, the director of labour at the Ministry of Gender, Labour and Social Development, said access to credit, research and development were key to spurring growth in the named sectors hence their capacity to absorb more job seekers.