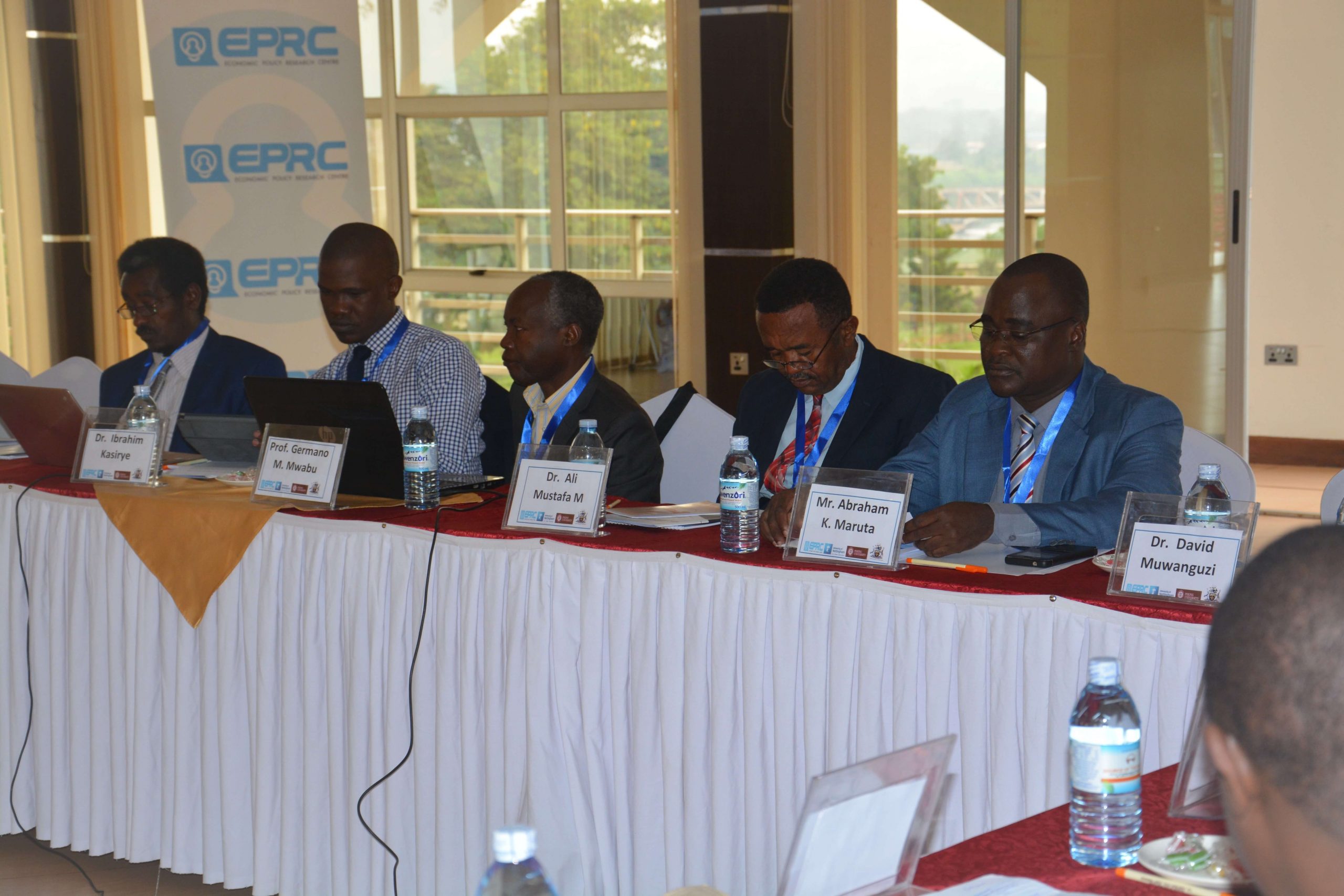 At the international workshop organised by the Economic Policy Research Centre (EPRC), researchers disseminated findings from a four year collaborative project titled “Local government, economic growth and human development: Chinese lessons for Kenya and Uganda” implemented since 2015 by University of Nottingham, Peking University,EPRC and Kenyatta University. The project was funded by the Economics and Social Research Council (ESRC) grant as part of the DFID-ESRC China-Africa Research Programme.

According to Dr. Ibrahim Kasirye the Director Research EPRC, who officially opened the workshop on behalf of the Executive Director Dr. Sarah Ssewanyana, the overarching aim of this research is to examine whether local authorities can accelerate economic growth and development, identifying and evaluating Chinese experiences and exploring whether there are lessons from this that are applicable to low income Africa. He added that over the past four years, the project conducted fieldwork in China, Kenya and Uganda is scheduled to end in October 2019.

Part of the research findings indicate that local government has played a key role in China’s economic growth, particularly in leading the rural industrialisation of the 1980s. Reforms delegated control of economic projects to local governments, with the rural enterprise sector growing from 5% of GDP in 1978 to 28% in 2005.

Researchers noted that Chinese local governments are one of the driving forces in the country’s remarkable development over the past decades. They are given incentives to foster GDP growth by making efforts to attract foreign direct investment (FDI), promote export-oriented manufacturing and encourage other economic activities which would increase the level of local employment; they also have manage local welfare allocation and influence poverty reduction.

On the contrary, local authorities in low-income Africa have not played a similar role; and could borrow lessons from their Chinese counterparts. Kenya and Uganda, for example, have sustained solid GDP growth standing between 4 and 6 annual growth rates since 2013 respectively. Yet the two countries still suffer from serious poverty, poor health-care and educational systems and from a lack of infrastructural mechanisms to sustain economic development.

Scholars presented a wide range of papers comparing strategies and models in health care delivery, education strategies and human capital development programs in countries such as Rwanda, Uganda, Ethiopia, Tanzania, Kenya, Sudan and Nigeria. Prof. Lina Song of University of Nottingham,UK, presented  the general findings of the project with insights on possible lessons that Kenya and Uganda could learn from China.

Other presenters were Dr.Ebaidalla Mahjoub from University of Khartoum on the Health Care delivery in Sudan; Ms Gemma Ahaibwe from EPR who delivered a paper on Drivers for early labour market transitions of young women in Uganda: Evidence from the 2015 school to work transition survey; Dr. Jing Zhang from University of Nottingham on who looks after kids? Impacts of Childcare on early childhood development in China; Dr. Dickson Malunda from the Institute Policy Analysis and Research, Rwanda, sharing on Rwanda’s health care system: challenges lessons for developing countries and Dr. Aloysius Ssenyonjo from Makerere School of Public Health focusing on Policy and systems development for Universal health coverage in Uganda.

Dr. Fan Zhang from Zhongnan University of Economics and Law made a presentation focusing on the Impact of children on household asset holdings: An intra-household approach (2010-2014) while Mr. Kilugala Malimi from Nottingham University discussed Crop productivity  for poverty reduction: The role of input subsidy in fostering pro-poor productivity growth  in Tanzania. From Kenya, Prof.Germano Mwabu shared evidence from county level data in respect of Human capital and poverty reduction, Dr.Adeniran Adedeji from the Centre for the study of Economies of Africa, Nigeria, discussed Exclusion in education in Nigeria: The dimensions, drivers and implications of the SDGs.