Unpaid Care Work: ‘My husband has started trusting me with money’ 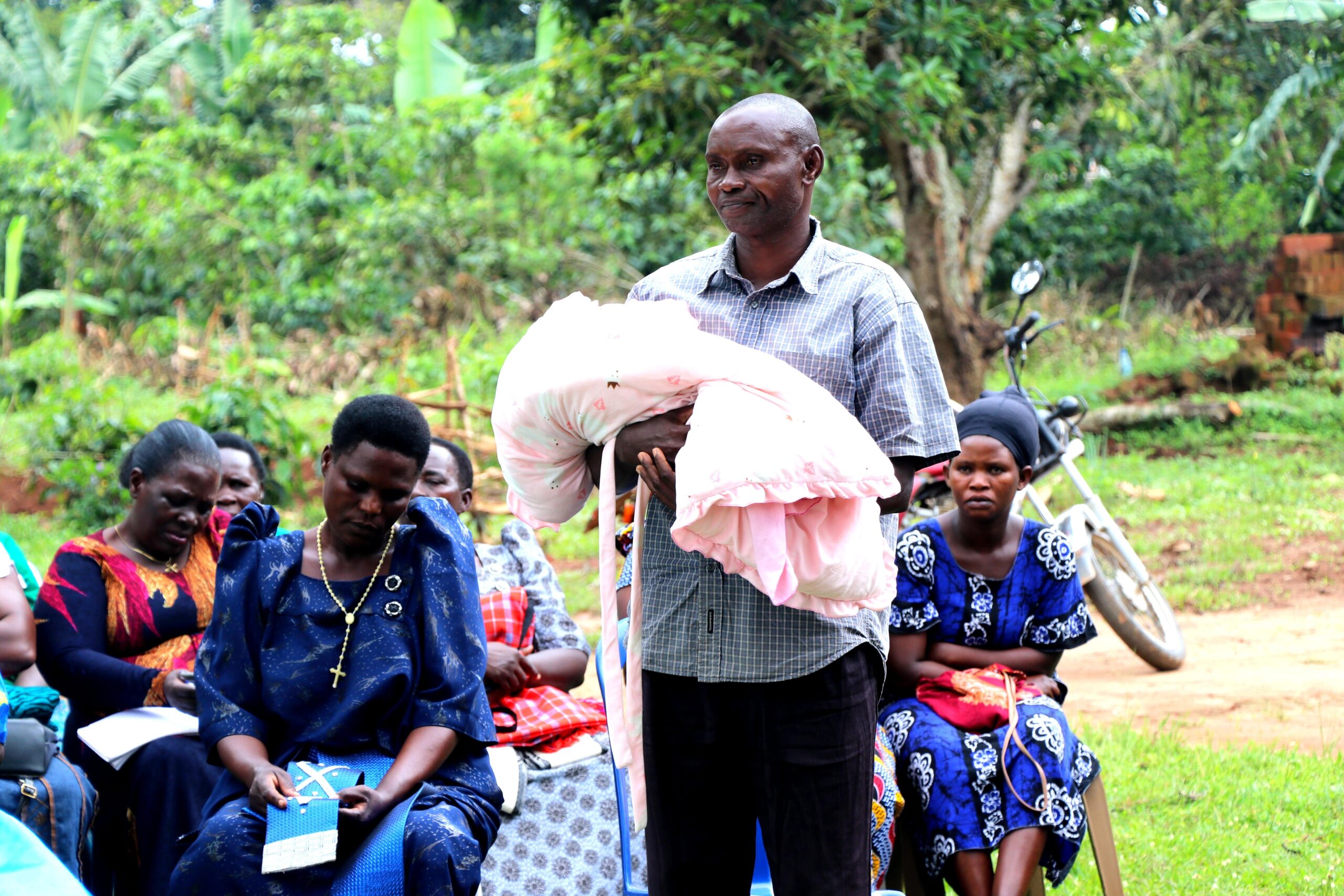 In pairs, they walked forward and sat side by side to share their stories about steps they were taking to share care work in their homes.

Couple after couple, they told of the changes they were experiencing in their households as men showed willingness to share care work with their spouses. This has resulted into increasing trust of their wives with to handle money, more husbands willing to join saving groups, less domestic violence to better sex life

This was at a targeted community meeting in Mpigi district on September 27, 2022, which is one of the intervention areas for the implementation of the GrOW Unpaid Care Work project in Uganda. The project aims at reducing the burden of care work from women and encourage sharing it with men in households.

One of the men, who carried their new born baby as he and wife sauntered to the front to tell their story, said he had taken it for granted that his wife gets tired or needed help with care work.

“I thought that was her work at home,” he said. “Now I know how tiresome and a burden it is for her alone”. He said after listening to peer educators, he now helps wife with holding their baby among other things as wife does other care work.

Another couple’s testimony hinted on opening with family finances. The wife said she was observing a change in the husband’s attitude as he was now “willing to give her money to keep and accepted to join the community SACCO”.

The testimonies are an early glimpse into a community’s willingness to change from norms and customs that assign them gender roles, consequently burdening women with unpaid care work.

Professor Grace Kyomuhendo-Bantebya, the Principal Investigator, applauded the community’s enthusiasm to see change in their households. She indicated that she would better to see women freeing up more time from unpaid care work to engage in paid activities that empower them economically.

Dr. Annet Abenakyo Mulema, the International Development Research Centre project coordinator, said it was the organisation’s intention to see real change happening in the community, explaining why they were willing to put resources to see this happen.

The interventions are being implemented under the Growth and Economic Opportunities for Women (GrOW) East Africa initiative, with the study jointly funded by the International Development Research Centre (IDRC), the Bill & Melinda Gates Foundation and Hewlett foundation.

Preliminary findings from the baseline study in intervention areas show that women in Uganda still spend as much as 6 hours daily doing unpaid care work while men spent much of their time – more than 7 hours — doing paid work. This rhymes with findings by other organisations that are observing their issue of unpaid care work in Uganda.

The project is being carried out in Paliisa, Mpigi, Mbarara and Masindi districts.