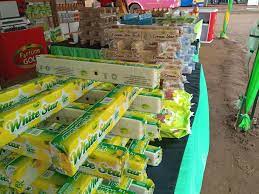 The dramatic rise in the prices of key commodities has affected poorer Ugandans more compared to the well-off counterparts, an analysis of the impact shows.

The Economic Policy Research Centre Director of Research Dr. Ibrahim Kasirye told a workshop in Kampala in May that “the foods whose prices have jumped are heavily consumed by the poor people – that’s maize [flour], laundry soap, and cooking oil.”

The workshop was organised by Bank of Uganda to discuss the rise in prices of commodities and chart a way forward.

Since May, there have been further significant jumps in prices which means the decrease in consumption of key commodities could be higher.

“The poor have less ability to absorb inflation. These are the people with less options for substitution,” Kasirye said. “For any [price] changes that happen, it’s mainly the poor that are likely to make those hard decisions of reducing their dietary intake or consumption.”

The cut in consumption has macroeconomic implications, Kasirye said. Manufacturers of different goods and services are seeing less demand as Ugandans attempt to be frugal and manage the situation.

A recent EPRC Business Climate Index, indicated nine in every ten businesses have reported a decline in the demand for their goods and services. This consequently affects employment, government revenues and raises serious questions on business sustainability.

The jump in prices has been attributed to the fact the world just recovered from covid-19 lockdowns, dramatically pushing up demand for goods and services.

The Russian invasion of Ukraine adds to the mix. Both countries are heavy producers of food and are key sources of wheat for different nations.

Kasirye said some prices have increased at faster rate compared to others. Cooking oil and laundry soap increased dramatically for Uganda.

For some products like vegetable oil, prices increased prior to the start of the Ukraine war, “driven by distortions from major producers – that is Indonesia and Malaysia who control 85% of the global production. By February 2022 of this year, the prices of cooking oil had gone up by 25%.”

For now, the Ugandan government has kept a deaf ear to calls for intervention to stabilize prices of essential products, arguing the problems responsible for price jumps emanate from elsewhere and that any intervention may bring short term gain but disruptive in the long term. Kasirye says any intervention should target commodities consumed by the poor to lessen the burden on them.

For more analyses, see these publications:

What explains Uganda’s surge in laundry soap and cooking oil prices in 2021/22?

Drivers of changes in Uganda’s fuel pump prices during the COVID-19 crisis.