With DRC on Board, the EAC Should Find a Regional Solution to Refugees 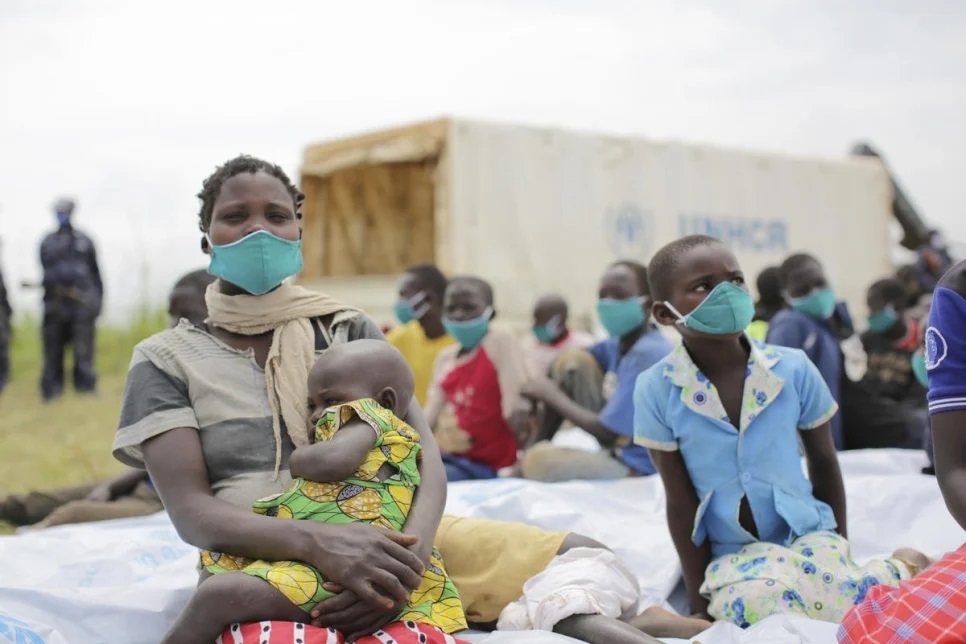 Two significant issues have happened in the East African region in the last few days. The first one, and probably the most publicized, is the admission of the Democratic Republic of Congo (DRC) into the East African Community bloc.

The second issue, which is the subject of this commentary, is that more than 10, 000 refugees fled the DRC into Uganda between March 25 and April 8, 2022, according the UN refugee’s agency UNHCR, adding to hundreds already here.

On the admission of DRC into the bloc, most commentary and expert analyses have focused on the economics side. Indeed, Kinshasha is such an important catch that all partner states will see benefits almost immediately. Researchers from the Economic Policy Research Centre at Makerere University have estimated that Uganda’s formal exports to DRC will jump by up $60m annually with Rwanda, Kenya, Tanzania and Burundi set for big jumps too.

That’s the brighter side. The region faces another big challenge that needs utmost attention from the members: the refugees problem.

Uganda is the largest refugees host nation on the continent and fifth globally. As at the end of February 2022, the country had 1.6million refugees, says UNHCR.  More than three quarters of these refugees originate from the EAC member states with South Sudan (60.5%) and DRC (30%) leading the pack of refugees fleeing to Uganda. Burundi and Rwanda originate refugees to Uganda but their number is significantly lower compared to Kinshasha and Juba.

Kampala has won global admiration for her hospitableness in welcoming those fleeing trouble. There is, however, clear evidence that the country’s open arms strategy is beginning to grind under the sheer number of refugees she receives.

The country is not attracting enough resources to take care of these refugees and their host communities. This has consequently led to cut in the size of plots and food rations or money given to refugees. This is giving birth to animosity among the refugee and hosting communities. The assumption that refugees would be self-sufficient at some point has been a pipe dream. The plot of land given to them is too small and their reliance on subsistence farming is not helping the situation.

The refugees’ issue in Uganda is particularly significant because many of them find themselves in protracted situation – where majority are unable to return to their country of origin as anticipated or have no hope of ever returning back.

This means that as they stay longer, Uganda, as the host, must not only look for more resources to take care of them but also accommodate the new comers.

Such dilemma calls for a regional solution – after all majority of the refugees are generated in the bloc. While signing official accession instruments in Nairobi on April 8, 2022, DRC leader Felix Tshisekedi said his country’s joining “is linked to peace as well as internal and external peace and security on our borders…”

Peace in DRC and South Sudan means hundreds of people won’t be forced to flee their homes. The region should cut off subtle incentives that are prolonging conflicts in these countries by assertively rebuking those benefiting from these disputes. For instance, Kampala and Nairobi should ensure that people profiteering from conflicts in South Sudan and DRC don’t enjoy their loots in these cities. Wars in these countries are being prolonged by those earning from them and are able to freely enjoy their monies in neighbouring countries.

Another solution can be consideration of the regional citizenship. This has been considered in West Africa where the Economic Community of West African States – ECOWAS – grants all West African citizens freedom of movement and settlement rights in the partner states.

For the EAC, it would mean refugees originating from the region can be helped to continue residing in Uganda as East African citizens – and return home whenever they feel it is safe for them.

The EAC has already piloted the EAC passport project and its common market protocol allows free movement of labour within the region. This can be a starting step to seeing these refugees as EAC citizens and, therefore, be helped to settle in the member state where they ran to as citizens not refugees.

The bloc can also establish a regional fund to cater for refugees from one member of the of the community to the other. The fund can be resourced by aggregating savings from members and well-wishers.

The success of the integration project should not just be seen in stellar economics numbers but majorly in the fact that regional citizens delight in living in dignity.

This article was published in Daily Monitor on April 13, 2022: https://www.monitor.co.ug/uganda/oped/commentary/with-drc-on-board-eac-should-find-solution-to-refugees-3781226