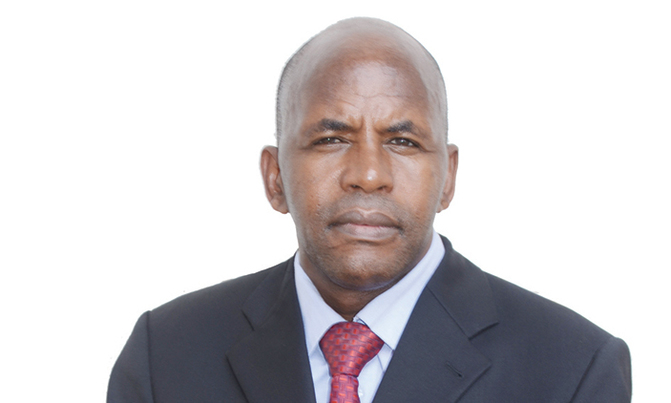 The intention of the public pension is not to provide government with tax revenues, but to ensure social security for the retirees.

Uganda labour force stands at about at 17.2 million which 15.6 million are employed in both formal and informal sector, and thus eligible to pension savings. However, pension coverage is 1.97 million (including public service, national social security fund and a few voluntary occupational schemes) – representing only 12.6 percent of the estimated active labour force in Uganda.

Whereas a large number of the employed population is excluded from pension savings, it presents an old age risk challenge to the government. This problem is expounded with the proportion of the active pension savers to the total labour force at 6.6 percent benefit payment as percentage of GDP at 0.35 percent and age dependent ratio of 103 percent.

With life expectancy at birth having improved from 47 years to about 63 years in the last ten years, and at retirement improving from less than 10 years to around 17 years, limited pension savings during the working life of majority of the young population creates a higher social security problem to government.

Though there have been reforms in the past, they have only been partial reforms. While they addressed structural problems and payment mechanisms both in public pension schemes and national social security schemes, they did not address the coverage and efficiency challenges that continue to characterize the current pension sector.

In order to increase scope and competitiveness of Uganda pension sector, there is need to implement further wider reforms to address challenges governance, competiveness, sustainability and inclusiveness. For example the current non-contributory public pension scheme has reached unsustainable level on government budget with limited resources, limited scope and coverage of the National Social Security Fund (NSSF) to only formal employees of 5 workers, the continued non-compliance to NSSF by about 50 percent of eligible subscribers, and the inclusion of the informal sector; continue to pose a high risk to ageing working population both in formal and informal sector. A study by Economic Policy Research Centre (2018) reveals that wider pension sector reforms are necessary to address the current sector challenge.

The policy reforms on pensions were initiated in the mid-1990s and included staff retrenchment, monetizing the pay as consolidated, revision of the benefit formula, introducing the indexation of pensions to salaries (as a result of the high inflation) and applying it retrospectively to all wage increases since 1988. This resulted in a sharp increase in the stock of pension liabilities as pension arrears. Over this period, there was an amendment of the Pension Act of 1978, to recognize the services of persons who served under the defunct East African Community; and the decision by the High Command of the UPDF to recognize the services of persons who served in previous armies, since independence.

As a result of these changes, the implied pension arrears increased for retired civil servants and this has continued to be a burden to the budget, necessitating the urgent need for further reforms More recent reform proposals commenced in 2005 to address the persistent challenges of governance, coverage, efficiency, compliance, and affordability across the different pension schemes. The reforms resulted into the URBRA Bill 2011 which established Uganda Retirement Benefit Regulatory Authority (URBRA) which currently is regulating and supervising the voluntary pension schemes and other informal sector occupational pension schemes. The EPRC study however argues that the URBRA Bill is limited in regulation and capacity supervise the entire pension sector including the public sector schemes.

Without an overarching law to cover all the different kinds of the pensions that currently exist in the country, it is observed that the pension sector may not be effective and efficient in mobilizing workers savings. The study recommends that UBRA regulation and supervision should specifically focus on the voluntary schemes and other informal sector schemes that are emerging such as KACITA, among others.

Further revisions of the current regulatory framework of the pension sector would be necessary to achieve the expected objectives of the sector including increasing coverage, efficient allocation and mobilization of resources, transparency, stability; and promotion of sound investment decisions. The regulatory framework for pension funds should also be cognizant of the distinctive features of institutions that are involved in managing the pension industry to advance key social policy objectives, such as the provision of retirement income.

With the current challenges of the pension sector in Uganda, there are key reforms that have to be implemented. Some of them are outlined below, as drawn from the 2018 EPRC study. These are consistent with the wider reforms being implemented in other African countries.

Having a Universal Law. Uganda needs Universal Law to ensure efficiency management and supervision of the emerging different schemes. The current laws; NSSF Act, 1985, URBRA Act of 2011, Public Pension Act 1946 amended in 1994 are limited in regulatory requirements to cover the entire pension sectors without revisions. The study observes that having an overarching law that supersedes all these is important to have an effective regulation and supervision of the entire pensions sector. It is observed that in its current form the URBRA could be effective and efficient to regulate only the voluntary pension and other emerging informal sector occupational pension sector scheme. It is argued that there are existing technical and governance limitations of URBRA to effectively cover regulate and supervise the entire pension sector.

Amending the NSSF Act. While there are suggestions of liberalizing the NSSF to open up competition with private investors, the EPRC research findings show that this could pose a high risk to the fund. What is important is to make NSSF more efficient in collection of funds and improve compliancy. The current compliancy of 50 percent of the 1 .5 million subscribers limits the fund growth and accumulation. For example, the earlier suggestions of mid-term access and of liberalizing the 5 percent of workers contributions have implications to adequacy and sustainability of the pension. Liberalizing the 5 percent of the workers’ pay has risk implications to pensioner savings, given the uncertainties in Uganda’s financial market. Amending the NSSF law to cover the currently excluded could be a feasible policy option to allow for increased coverage. Given the importance of the NSSF as a major source of government borrowing and for long-term social security implications of retired workers, liberalizing NSSF would put the savers fund to higher risk. For example in the current regime of liberalized capital account, the savings could suffer from heavy capital flight and money laundering which would eventually erode the fund assets, creating financial instability in the economy.

Further reforms within the public pension scheme. A combination of factors such as Uganda’s increasing population, ageing labour force, life expectancy of 63, and the low tax effort may threaten the fiscal sustainability of public pension especially in the long run. The key policy options are to gradually convert the non-contributory public pension (Defined-Benefit) scheme to a contributory, defined benefit scheme. In such a scheme, government and workers will contribute to the scheme index on salaries and guarantee annual payments to the scheme based on the proportions paid to the scheme by workers to ensure adequate pensions, especially for lower salaried workers.

Introducing private sector schemes. This could be mandatory or voluntary. This is important for the large and growing informal sector in Uganda, especially in retail trade and transport services, where individuals can join together under an umbrella organization or other public platforms like cooperatives to save. In order to grow this sector, government has to create incentives to motivate the savers.

Pension sector reform is a recent shift in consolidation of public pension schemes as well as bringing on board the informal sector schemes. Recently this has been taking place in most of the Africa countries including, Nigeria, Chana, Kenya an and Tanzania, among others. The purpose is to address old age social security through increasing the participation of working population both in public and private sector to address the challenge of old age social security risk.

These reforms are focusing on making the public pension schemes from non-contributory to contributory to make them affordable and sustainable to government, improving the scope and coverage of NSSF schemes and addressing the compliance challenges that has continued to deter growth and accumulation of these funds in the economy as well as proving for informal sector and voluntary schemes to operate in the economy with a view to addressing social security for the old age.

There are significant benefits that come with having contributory public pensions and these include: accumulation of public fund as reserve in the economy; ii) ensuring prompt payments for gratuity and pensions to the retirees; ensuring compensation to pension earliers. Introduction of informal sector pension schemes creates competition with the NSSF and improves compliance. A higher level of compliance will give room for the NSSF bodies to introduce other incentives like mid-term access, medical insurance, mortgages among others.

Some of the suggestions in the recent Amendment Bill of NSSF of tax exemption to the 5 percent workers contribution, tax exemption to NSSF fund returns and taxing the pensioner at exit and no tax at 60 years, should therefore be scrutinized critically not to violate the objectives social security pensions as stipulated by International Labour Organization Standards.

The intention of the public pension is not to provide government with tax revenues, but to ensure social security for the retirees. Inconsistent age adjustments from 55 to 60 with an incentive of no taxation is violation of social security principle. Does it make sense when the life expectancy is 63 years and one accesses the pension at 60? Who is benefiting in this game theory? Any reforms in NSSF have to consider minimum criteria of access and investment options to the benefit of savers not the government.

Government can however take leverage of the growing pension fund to increase domestic borrowing on long term basis including infrastructure bonds to substitute the ever growing debt on infrastructure borrowing.

The author is a senior research fellow of Economic Policy Research Centre, Kampala.